Self-made billionaire and Spanx founder Sara Blakely attributes her success in part to her father’s healthy attitude about failure. From The Rise.

Entrepreneur Sara Blakely has often described the influence of her father’s unique way of asking about her activities when she was a young child; the lessons gleaned from his perspective became part of the foundation that helped her become one of the youngest selfmade billionaires at age forty-one. Sitting at her family’s dining-room table at night meant hearing him constantly say, “What did you fail at today?” She and her brother disclosed their failed attempts at school activities like sports tryouts. After each one, he raved the way other parents might over a stellar report card.

“Blakely, you know you’re gonna change the world,” her closest friend, school teacher Laura Pooley, would often say, flopping onto a bed in their shared apartment. Blakely wanted to go to law school, but had twice done so poorly on the LSATs that she felt as if she had failed.

“I know, but it’s your destiny,” Pooley said.

Blakely is the founder of the girdle-redefining line Spanx, valued at one billion dollars in 2011. She founded the company before the age of twenty-nine, and currently owns it outright. She is one of a handful of female billionaires who created wealth without a husband’s income or an inheritance.

She attributes the conversion, in large part, to her father’s childhood reconditioning about failure and its definition. Failure became not the outcome, but the refused attempt.

The equivalent of Blakely’s childhood dinner table conversations now exists as a conference called FailCon, a summit in Silicon Valley, which also takes place around the world from France to Australia, helping people “be wrong as fast as they can,” and speak publicly about how they did it. The rule there is that people can’t speak about their successes, only their failures.

“This is the only time that I’ve ever called someone to ask if I could speak at their conference in the last ten years,” said Vinod Khosla, founder and CEO of Sun Microsystems and Khosla Ventures, speaking to the audience gathered in the ballroom of the Hotel Kabuki in San Francisco in 2011. PayPal cofounder Max Levchin, Mark Pincus, founder of the social gaming company Zynga, Travis Kalanick, cofounder of Uber, and Kholsa are just a few of the speakers at this conference in the past few years, attended by tech entrepreneurs, investors, and founders. 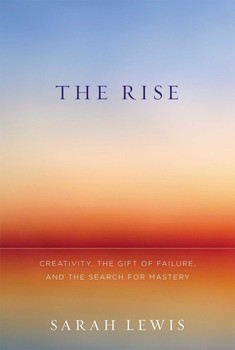 The Rise: Creativity, the Gift of Failure, and the Search for Mastery
by Sarah Lewis

The Rise explores the inestimable value of often ignored ideas—the power of surrender for fortitude, the criticality of play for innovation, the propulsion of the near win on the road to mastery, and the importance of grit and creative practice. From an uncommonly insightful writer, The Rise is a true masterwork.