To the adult children who’ve moved home and are taking advantage of your parents’ goodwill, living at home for free: Your parents’ focus should be on their financial health and socking away money for retirement. Not on keeping you comfortable and happy. That’s your job. From Cold Hard Truth on Men, Women & Money.

The Boomerang Generation is a difficult subject to broach with many parents who’ve welcomed their adult children home after years of postsecondary education. It’s not always a joyous homecoming. Usually, the reason behind the move is that their child can’t find a good job, let alone one that’ll pay enough to cover bills and mounting student loan payments. A recent U.S. Census Bureau report claimed the percentage of young men who moved back home went from 14 percent in 2005 to 19 percent in 2011. It’s no coincidence that the economy took a significant nosedive starting around 2008.

To the young adults out there moving back home: I understand why it’s all too tempting to reclaim the ease and comfort of your old bed and the video-game console in your parents’ basement. But here’s the problem: It’s crippling your parents financially. The Children’s Mutual, a U.K. company that manages savings and investments for children, did a survey in 2010. It found that many parents who support their children between the ages of eighteen and thirty do so at considerable cost to their own financial health. As many as a third reportedly remortgaged their homes to help their adult children. Two-thirds said they made other adjustments, such as selling a car and cutting back on groceries and utility costs to financially assist their kids. Worse, fully 16 percent of those parents expected to spend this kind of money. This is insane.

Why are parents decimating their savings to help their kids? I have a theory: They’re probably part of the baby boom generation. They have good jobs, mortgages almost fully paid up, and money in the bank. They feel guilty about their good fortune while their own children suffer. But when parents jeopardize their own financial health in the name of helping their children, they’re just courting financial disaster down the road. They’re putting their own retirement in jeopardy. It’ll come back to haunt them later.

I direct these next few paragraphs toward adult children who’ve moved home and are taking advantage of their parents’ goodwill, living at home for free, cashing their checks, eating their food. Your parents don’t seem to have the guts to tell you this, but they don’t really want you to move back home. Not because they don’t love you. They do. But because they can’t afford it. Their focus should be on their financial health and socking away enough for their retirement. Not on keeping you comfortable and happy. That’s your job.

And here’s another truth, kids: Bunking in with your folks when the going gets tough deprives you of the chance to realize your potential and learn the important grown-up lesson of how to get through bad times. That’s how true self-esteem is established: by doing estimable acts for others, not by hearing how amazing and wonderful you are from people who are going to say those things no matter what. By “failing to launch,” as it’s called, you never understand what it costs to be alive in your times. Therefore, you don’t develop critical muscles you need to thrive in a bad economy. Sorry, I know a lot of things suck, and the economy is one of them right now, but you’ve got to work with it somehow.

If you haven’t made the big leap backward yet, there are a few preventive measures you can take now. And don’t kid yourself: Moving back home is a step in the wrong direction. Normally, I don’t suggest that you borrow any money from family, ever, but your folks may rather lend you enough money to ride out a tough time than have you move back home. Offer to pay it back at a reasonable rate, with some interest. Moving is pricey. Use the loan to pay rent and bills, and meanwhile, work like a dog. Work like two dogs, in fact. Get a second job. But by all means, stop spending so much money. 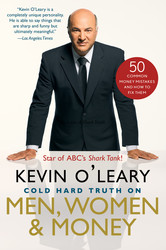