The pressure is unbelievable the night of the Academy Awards: Millions of people are watching and it’s all live! It’s no wonder that Oscar winners often trip up (sometimes literally!). Here are some of the more memorable Oscar night goofs from our favorites.


As Jennifer approached the stage to accept her Best Actress win for The Silver Linings Playbook, she tripped over her long dress. It’s a wonder more women don’t get tripped up by high heels and ridiculously long gowns. She recovered with grace, gave a great speech, and demonstrated once again why we love her.

MELISSA LEO: 2011
The actress was so bowled over for winning a Best Supporting Actress Oscar for her role in The Fighter, she let loose the first f-bomb ever uttered during the live telecast. OOPS. You can see the entire speech here, including the long, rambling presentation by legendary (but longwinded) Kirk Douglas.


Anjelica Huston was the epitome of elegance as she accepted her Best Actress Oscar for Prizzi’s Honor. Her speech, honoring her father, who directed the film, was also elegance itself. But when she left the stage, she didn’t wait to be escorted backstage to the waiting photographers and reporters, but walked back down to her Oscar date: None other than longtime love Jack Nicholson, who was also nominated that night.

HILARY SWANK: 2000
Swank (who missed out on being nominated for her role in The Homesman this year) was very much the underdog when she won her first Best Actress Oscar for the indie film Boys Don’t Cry. She thanked a lot of people, but her then-husband Chad Lowe wasn’t one of them, as every media outlet was quick to note.

SOPHIA LOREN: 1961
The Italian actress won for Best Actress for the devastating Vittorio De Sica 1960 war drama Two Women. As she writes in her biography and as she told Larry King, she didn’t attend the ceremony because she was so nervous, she was afraid she would faint if she won! 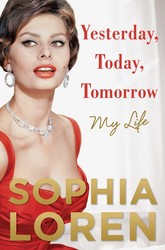 In her first memoir, the Academy Award–winning actress tells her incredible life story from the struggles of her childhood in war-torn Naples to her life as a screen legend, icon of elegance, and devoted mother. The Italian movie star was the first to win an Oscar for a foreign language performance. In Yesterday, Today, and Tomorrow, Loren candidly shares vivid memories of work, love, and family. 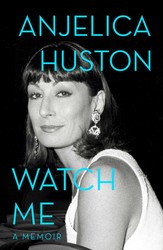 Academy Award-winning actress Anjelica Huston writes about her rise to stardom, her work with the greatest directors in Hollywood, her love affair with her husband, and much more. In Watch Me, Huston tells the story of falling in love with Jack Nicholson and her turbulent, high-profile seventeen-year relationship with him and his intoxicating circle of friends. 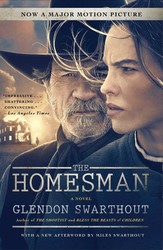 The Homesman
by Glendon Swarthout

A devastating story of early pioneers in 1850s American West: Now a film directed by Tommy Lee Jones and starring Hilary Swank as Mary Bee Cuddy—ex-teacher, spinster, indomitable and resourceful -- who must escort a handful of broken women back East to a sanitarium. Thus begins a trek against the tide of colonization, against hardship, Indian attacks, ice storms, and loneliness—a timeless classic told in a series of tough, fast-paced adventures.

Former teacher Pat gets out of a mental health facility and begins his quest to improve himself, get back his estranged wife and earn his God-given happy ending. But things don't go the way he planned, including meeting widow Tiffany, who's possibly got more problems than he does. Adapted into the award-winning 2012 David O. Russell film, starring Jennifer Lawrence and Bradley Cooper.

A Warrior’s Heart: The True Story of Life Before and Beyond The Fighter
by Micky Ward

The critically-acclaimed, Academy Award-winning film The Fighter, told the inspiring true story of Micky Ward, who overcame the odds to make history in the ring. But that was only part of the tale. Now, in his own words, “Irish” Micky Ward tells his inspirational life story as only he can, starting with his first bout at the age of seven.