Yes, I have posted Facebook photos of myself with new girlfriends, probably just to make my exes jealous and show off how fabulous and better my life is without them. I wasn’t being consciously mean-spirited, but I knew what I was doing. From Unfriending My Ex (and Other Things I’ll Never Do).

After Brenda and I had stopped speaking, a Facebook war broke out. It was actually more of a cold war, because we never fought or spoke directly. We were both in new relationships but were still embittered from our breakup, and Facebook and Twitter were the perfect tools to make one another jealous. One of the things that had bonded us was that we are both foodies and always enjoyed going out to new restaurants or cooking fantastically complicated meals and posting pictures on Facebook or Twitter. This became the focus of our new war. One of us would post a photo and description of something we had just cooked for our new significant other, and within an hour there would be a new photograph of an equally complicated and tasty meal on the other’s profile. I’d upload a photo of seared tuna with shaved truffles with the words “Fourth course at Eleven Madison Park,” which would be followed a few hours later with Brenda’s “Finishing my fifth course at Per Se—farm fresh eggs with thyme smoked prosciutto. Best meal EVER.”

It was silly, competitive, and clearly pretentious. I could have avoided all this by cutting Brenda out, unfriending her on Facebook, or unfollowing her on Twitter, but I couldn’t turn away; I wanted that access, just as I’m sure she wanted that access to me. I think we both also forgot how incredibly stupid we looked to our other friends and the rest of the world that was viewing us on social media. All either of us cared about was what the other saw; we were posting for each other. We forgot that others were still reading our posts and judging us. When I got engaged to the woman I’d later marry, naturally, I posted the news on Facebook. Four days later, Brenda posted that she’d gotten engaged. I had assumed our cold war was over. It had been so long that I don’t think we were still tacitly playing the strange digital game, but that coincidence certainly made me think twice.

We would never dream of bragging out loud in person, but cloaked as a status update or tweet it’s suddenly all right to self-promote, self-congratulate, and otherwise flaunt every nuance of one’s life. The way we announce our relationships with one another is no exception. When Facebook offered its users the ability to declare their relationship status to their friends, a new sort of silent electronic dagger came into the world. People began to announce that they were “In a Relationship,” “Married,” or the dreaded “Single.” This new rite of passage forces some undeclared couples to have a “state of the union” discussion. I’ve heard some people joke that if the relationship isn’t posted on Facebook, it isn’t happening in real life. And then there are the poor souls who learn about the lives of exes, crushes, or hookup buddies and ache with the grief of unrequited love. The potential for pain is massive. 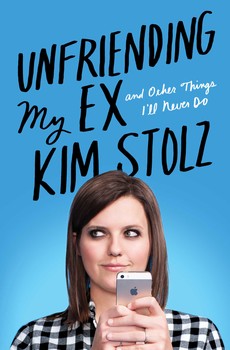