The people who come across NDEs most often are medical professionals. Much of near-death research is initiated by cardiologists, anesthesiologists, critical-care nurses, and surgeons who have been confounded and intrigued by what they see in their operating rooms and wards. Opening Heaven’s Door shares two of the most discussed NDEs.

One of the most intriguing cases for the medical staff involved occurred in Holland. A critical-care nurse was working the night shift when paramedics brought in a forty-four-year-old man in a coma. He had been found an hour earlier in a park, where a couple of Good Samaritans had tried to resuscitate him after a heart attack by pounding and massaging his chest. Once in the hospital, still without pulse, he was placed on artificial respiration and subjected to defibrillation procedures.

“When I want to intubate the patient,” the nurse reported, “the patient turns out to have dentures in his mouth. Before intubating him, I remove the upper set of dentures and put it on the crash cart. Meanwhile, we continue extensive resuscitation.” It took another hour and a half to stabilize the man’s heartbeat and blood pressure. He remained comatose, and was transferred to the ICU where he hovered between life and death for over a week. When the patient regained consciousness, he was transferred to the cardiac ward. Said the nurse: “As soon as he sees me he says, ‘Oh, yes, you, you know where my dentures are.’ I’m flabbergasted. Then he tells me, ‘Yes, you were there when they brought me into the hospital, and you took the dentures out of my mouth and put them on that cart; it had all these bottles on it, and there was a sliding drawer underneath, and you put my teeth there.’ I was all the more amazed because I remembered this happening when the man was in a deep coma and undergoing resuscitation.” The man explained that he had gone out of his body, and observed the medical team working on him. Apparently, he then offered a detailed account of what the room looked like, as well as the staff.

This has become known as the “dentures case,” and it is often discussed now by those debating what near-death experiences mean. The other story often referred to is the “Reynolds case.” Musician Pam Reynolds entered surgery in Atlanta, Georgia, in 1991 to remove a brain aneurysm that risked bursting and killing her at any time. Because of its location, the surgery carried great risks; forty or fifty years ago it would have been fatal. Now, however, she could be put into hypothermic cardiac arrest, with her core temperature dropped to sixty degrees, so that the aneurysm didn’t hemorrhage while the surgery proceeded. Once she was cooled, all blood was drained from her brain, yet somehow, in the midst of her induced clinical brain death, Reynolds experienced herself as awake and out of her body. Not only did she not feel groggy—she felt sharper and more alert than she ever had in her life. (One analysis of the medical records of people reporting NDEs found that they described enhanced mental functioning significantly more often when they were actually physiologically close to death than when they were not.)

From an out-of-body position, Reynolds observed the unusual cranial saw that the neurosurgeons used to cut her skull, above and behind her eyes, which were, at any rate, taped shut. Reynolds later reported that the saw emitted a natural D tone. She noted the unexpected pattern they’d shaved into her blond hair, and heard the voice of a woman commenting that her femoral vessels were too small for the cardiopulmonary bypass shunt. She also reported that—after “returning” from an extraordinary encounter with light and deceased relatives—she saw her body “jump” twice. (She had gone into cardiac arrest postsurgery and was being defibrillated.) Reentering her body “felt like diving into a pool of ice water.” (If people feel euphoria related to endorphin release, as is sometimes proposed as the explanation for NDE, the chemical effect shouldn’t end abruptly and coincidentally at the exact moment when they have the psychological experience of returning to their body. Endorphins have been shown to circulate for hours.) She also heard the doctors playing “Hotel California,” and she joked that the line “you can check out anytime you want but you can never leave” was “incredibly insensitive” given her distress at having to return to her prone form from the marvelous peace of the NDE.

Everything she reported that she saw and heard proved true. Reynolds’s neurosurgeon, Robert Spetzler, would later say to the BBC: “I don’t think the observations she made were based on what she experienced as she went into the operating theater. They were just not available to her. For example, the drill and so on, those things were all covered up. They aren’t visible; they were inside their packages. You really don’t begin to open until the patient is completely asleep so that you maintain a sterile environment.” 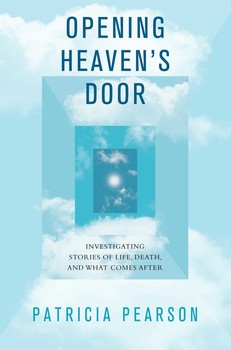