Father’s Day is quickly approaching, which means you’ve definitely started thinking about what you plan on getting your dad this holiday. Should you get him those baseball tickets he won’t stop hinting about? Or maybe those Bruce Springsteen concert tickets? There are just so many different options…

Well, one thing Dad’s sure to love is a book (or three) on his favorite topic. And whether he likes thrillers, or history, or how-to’s, the list below has something for him. You’re going to want to make this Father’s Day a special one, so show your dad how well you know him by getting him a book that’s sure to make him smile… 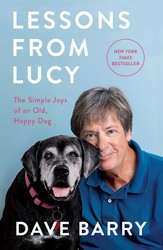 Lessons From Lucy
by Dave Barry

Faced with the obstacles and challenges of life after middle age, Dave Barry turns to his best dog, Lucy, to learn how to live his best life. From “Make New Friends” (an unfortunate fail when he can’t overcome his dislike for mankind) to “Don’t Stop Having Fun” (validating his longtime membership in a marching unit that performs in parades—and even Obama’s inauguration), Dave navigates his later years with good humor and grace. Lucy teaches Dave how to live in the present, how to let go of daily grievances, and how to feel good in your own skin. The lessons are drawn from Dave’s routine humiliations and stream-of-consciousness accounts of the absurdities of daily life, which will leave you heaving with laughter and recognition. 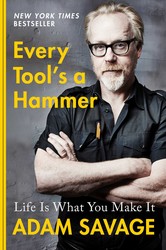 Every Tool’s a Hammer
by Adam Savage

Every Tool’s a Hammer is a chronicle of my life as a maker. It’s an exploration of making and of my own productive obsessions, but it’s also a permission slip of sorts from me to you. Permission to grab hold of the things you’re interested in, that fascinate you, and to dive deeper into them to see where they lead you.

Through stories from forty-plus years of making and molding, building and break­ing, along with the lessons I learned along the way, this book is meant to be a toolbox of problem solving, complete with a shop’s worth of notes on the tools, techniques, and materials that I use most often. Things like: "In Every Tool There Is a Hammer"—don’t wait until everything is perfect to begin a project, and if you don’t have the exact right tool for a task, just use whatever’s handy; "Increase Your Loose Tolerance"—making is messy and filled with screwups, but that’s okay, as creativity is a path with twists and turns and not a straight line to be found; "Screw Before You Glue"—mechanical fasteners allow you to change and modify a project while glue is forever but sometimes you just need the right glue, so I dig into which ones will do the job with the least harm and best effects. 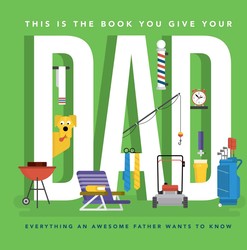 This Is the Book You Give Your Dad
by Matt Goulet

The quirky and charming illustrated book for the #1 man in your life—dad!—is complete with all of the facts, fun, and knowledge he needs to become the King of Dads.

This Is the Book You Give Your Dad is the fitting purchase for Dad, no matter the occasion. This paper-over-board little illustrated gift book is brimming with wit and wisdom—just like dad!—including how to give a toast for any occasion and a quick history of the polo shirt and the periodic table of beer and even ideal lawn mowing patterns. There’s even a customizable dedication page where you can add a personal touch. While the advice, tips, and how-to’s in the book range from practical to humorous the information is sure to please Dad’s aesthetic taste. This Is the Book You Give Your Dad is one-stop shopping for the guy who deserves only the very, very best. 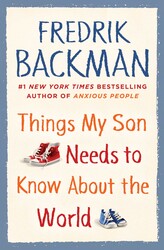 The #1 New York Times bestselling author of A Man Called Ove shares an irresistible and moving collection of heartfelt, humorous essays about fatherhood, providing his newborn son with the perspective and tools he’ll need to make his way in the world.

Things My Son Needs to Know About the World collects the personal dispatches from the front lines of one of the most daunting experiences any man can experience: fatherhood. 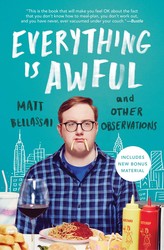 Everything Is Awful
by Matt Bellassai

This is Matt’s book. Just to clarify, though, it is absolutely not a memoir; Matt is far too young to have done anything worth remembering (though he did win an actual People’s Choice Award for his BuzzFeed web series, “Whine About It,” which is pretty good, if you ask his mother). This is also most certainly not a book of advice; he is too woefully ill-prepared for life to offer anything in the way of counsel. Call this a collection of awful moments that led to his grumbling, blundering adulthood—a chronicle of little indignities that, when taken together, amount to a life of hilarious anguish.

You probably don’t need this book, but let’s be honest—you do. Since you’re already reading, you might as well pull up a chair, grab your glass(es) of wine, and enjoy. 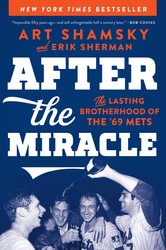 After the Miracle
by Art Shamsky

The inside account of an iconic team in baseball history: the 1969 New York Mets—a consistently last-place team that turned it all around in just one season—told by ’69 Mets outfielder Art Shamsky, Hall of Fame pitcher Tom Seaver, and other teammates as they reminisce about what happened then and where they are today.

The New York Mets franchise began in 1962 and the team finished in last place nearly every year. When the 1969 season began, fans weren’t expecting much from “the Lovable Losers.” But as the season progressed, the Mets inched closer to first place and then eventually clinched the National League pennant. They were underdogs against the formidable Baltimore Orioles, but beat them in five games to become world champions. No one had predicted it. In fact, fans could hardly believe it happened. Suddenly they were “the Miracle Mets.” 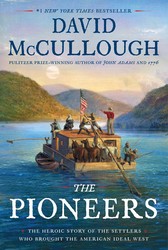 The Pioneers
by David McCullough

Pulitzer Prize–winning historian David McCullough rediscovers an important and dramatic chapter in the American story—the settling of the Northwest Territory by dauntless pioneers who overcame incredible hardships to build a community based on ideals that would come to define our country.

As part of the Treaty of Paris, in which Great Britain recognized the new United States of America, Britain ceded the land that comprised the immense Northwest Territory, a wilderness empire northwest of the Ohio River containing the future states of Ohio, Indiana, Illinois, Michigan, and Wisconsin. A Massachusetts minister named Manasseh Cutler was instrumental in opening this vast territory to veterans of the Revolutionary War and their families for settlement. Included in the Northwest Ordinance were three remarkable conditions: freedom of religion, free universal education, and most importantly, the prohibition of slavery. In 1788 the first band of pioneers set out from New England for the Northwest Territory under the leadership of Revolutionary War veteran General Rufus Putnam. They settled in what is now Marietta on the banks of the Ohio River.

Drawn in great part from a rare and all-but-unknown collection of diaries and letters by the key figures, The Pioneers is a uniquely American story of people whose ambition and courage led them to remarkable accomplishments. This is a revelatory and quintessentially American story, written with David McCullough’s signature narrative energy.