If you missed out on the early days of punk, the heyday of ’70s rock or the fabled ’80s Manchester music scene, you can relive those heady times thanks to new bios by legendary musicians who were at the heart of it all. Flash back to the ’80s with new memoirs from Billy Idol, Morrissey, and Cyndi Lauper, read about the ego clashes between the Goth Godfathers of Bauhaus, or choose sides with dueling bios from former New Order and Joy Division bandmates Bernard Sumner and Peter Hook. 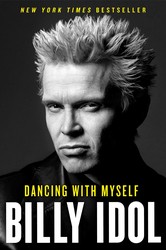 Dancing With Myself
by Billy Idol

In this memoir that's just as drenched with sex, drugs and rock 'n' roll as you'd expect, the "Rebel Yell" singer documents his days as a punk musician hanging out with John Lydon and Siouxsie Sioux, his breakthrough as a solo act in the '80s and the devastating motorcycle accident that nearly killed him. 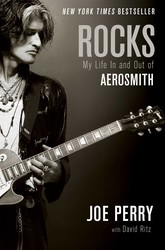 Rocks: My Life in and out of Aerosmith
by Joe Perry and David Ritz

Chapter and Verse: New Order, Joy Division and Me
by Bernard Sumner

The lead singer of New Order writes about his childhood, the early days of Joy Division, the tragic death of Ian Curtis and the creation of such hits as "Blue Monday." Of course, former bandmate Peter Hook, who wrote his own memoir about Joy Division, penned a scathing review in Billboard that challenged much of Sumner's recollections.

Since his acrimonious split with New Order (who rose out of the ashes of Joy Division after lead singer Ian Curtis's suicide), bassist Peter Hook has headlined tours performing Joy Division's two albums. He also wrote this foul-mouthed, revealing look at the seminal post-punk band that's been called "the best document yet to be produced on Joy Division," “honest, punchy, and rough-hewn," and "vivid, funny, and unexpectedly touching."

Haskins spills secrets from his time in Bauhaus and Love and Rockets, including that
the Goth anthem "Bela Lugosi's Dead," was inspired by glam rocker Gary Glitter. He also writes about the clash of egos within Bauhaus, one that several reunions never resolved, as well as his fascination with the occult. Watchmen's Alan Moore raves the book is "Heroic and absurd, scurrilous and profound... [it] charts the descent of four intelligent young men with faces like ruby-eyed dime-store skull rings into a glittering and very modern maelstrom."

The autobiography of the former Smiths lead singer, aka "Pope of Mope," is witty, poetic and a tad morbid when focusing on his impoverished upbringing and strict schooling. He's still bitter over his court battle with Smiths guitarist and co-writer Johnny Marr and various other people who've wronged him, inspiring some British fans to describe the book as "one long whinge." Critics, however, have called it "a rococo triumph" and "recognizably the voice of the most distinctive British pop lyricist of his era." 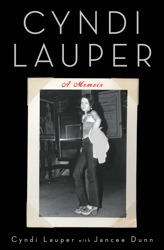 Eternally quirky musician Cyndi Lauper tells her life story, bouncing back and forth from her tough childhood in Queens -- she left home at age 17 to escape her creep of a stepfather -- to her early love of music, to her days being dead broke and eventual international success, all conveyed in her inimitably irreverent voice.

Chris Stein / Negative: Me, Blondie, and the Advent of Punk
by Chris Stein

One of the greatest guitarists in rock history is captured in iconic photos of his journey from schoolboy to session musician to rock god. Page provides extended captions of each pivotal moment and shares personal images, including visa and passport stamps, a rare peek inside the legendary days of Led Zeppelin and beyond.