Whether it’s finding a new job, starting to date, or finally going vegan, we’re all thinking about changing our lives in big and small ways. Here are 10 books to inspire you and help you navigate the process. The key is to remember to throw out what isn’t working anymore and replace it with something new. Your 2017 self will thank you for it. 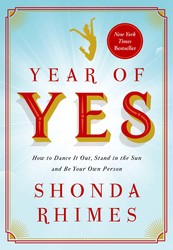 Year of Yes
by Shonda Rhimes

In this poignant, hilarious, and deeply intimate call to arms, Hollywood’s most powerful woman, the mega-talented creator of Grey’s Anatomy and Scandal and executive producer of How to Get Away with Murder reveals how saying YES changed her life—and how it can change yours too. 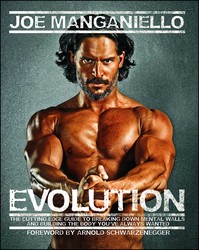 Evolution: The Cutting-Edge Guide to Breaking Down Mental Walls and Building the Body You’ve Always Wanted
by Joe Manganiello

Joe Manganiello first gained recognition around the world for his incredible, sculpted body while winning both popular and critical praise as the star of HBO's True Blood. Now, from the man that Magic Mike director Steven Soderbergh called “walking CGI,” comes the cutting-edge guide to achieving the perfect body and therefore enhancing your overall quality of life. With a build that men envy and women adore, Joe Manganiello is more than qualified to write the end-all guide to sculpting the perfect body.

“A comprehensive yet straightforward and effective roadmap to better health and fitness” (Shawn Perine, editor in chief of Muscle & Fitness), Evolution reveals exactly how to get the body of one of Hollywood’s hottest stars—promising to turn any Average Joe into a Joe Manganiello! 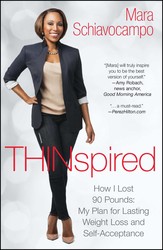 This inspirational book from two-time Emmy Award–winning journalist Mara Schiavocampo takes you on her journey of weight loss—and helps you shed pounds and find peace, health, and happiness in the process.Like so many people, Mara Schiavocampo struggled with her weight for most of her life. She tried every diet on the planet, suffered a debilitating eating disorder, joined a bizarre food cult, took dangerous pills, worked out incessantly—and still tipped the scales at nearly 230 pounds. But more than reaching a healthy weight, Mara wanted peace and freedom from the constant mental torment brought on by food. A healthy and effortless way of life. For the rest of her life. With those goals in mind, she transformed her habits. While juggling a marriage, new baby, and a budding television career as a correspondent on NBC, Mara “accidentally” stumbled onto a formula that worked for her. She lost ninety pounds in two years and is now stronger and fitter—and, most importantly, happier—than ever. The most surprising part her new lifestyle? “It’s not a chore, it’s a pleasure,” she says. In Thinspired, Mara shares her weight-loss secrets and the formula for her success plan. Instead of focusing on “Dos” and “Don’ts” she talks about eliminating the foods that have control over you—whether that’s wine, flour products, dairy, or sugar. By following in Mara’s footsteps, you’ll lose the pounds and gain back your energy, control, health, and happiness. 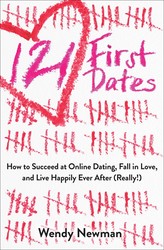 Based on years of research and 121 real-life first dates, relationship expert Wendy Newman dishes up practical wisdom for navigating the online dating trenches with grace, efficiency, and a strong dose of humor. Wendy Newman has made every imaginable dating mistake so you don’t have to.

Sleep Smarter: 21 Proven Tips to Sleep Your Way To a Better Body, Better Health and Bigger Success
by Shawn Stevenson

Sleep Smarter is a fun and entertaining look at how sleep impacts your mind, body, and performance, without skimping on the "how to's" to get the sleep you really deserve. Whether you've struggled with sleep problems, or you're simply interested in living a longer, healthier life, you're going to be blown away with what you learn. 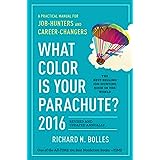 What Color Is Your Parachute? 2016: A Practical Manual for Job-Hunters and Career-Changers
by Richard N. Bolles

This 2016 edition features the latest studies and perspectives on today’s job-market, including proven strategies for finding jobs even when everyone tells you there are none. Career expert Richard N. Bolles reveals surprising advice on what works—and what doesn’t—so you can focus your efforts on tactics that yield results. 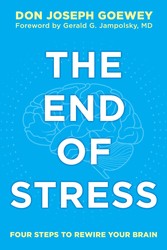 End of Stress: Four Steps to Rewire Your Brain
by Don Joseph Goewey

Stress debilitates and even damages the brain, inhibiting you from living life to the fullest. From your career to your family to your golf score, everything depends on higher brain networks functioning at optimum. That’s why alleviating stress is the key to success—and why changing your brain is the first step to sustaining more joy, peace, and fulfillment at every level of life. In The End of Stress, Don Joseph Goewey offers an easy, four-step method that will increase your brainpower and end anxiety. Drawing on the latest research in neuroscience and neuroplasticity, Goewey’s cutting-edge approach has been tested through webinars and seminars in high-stress environments and proven effective from chief executives, managers, and engineers to blue-collar construction workers. You have the power to reach your highest potential—but it all starts with the brain. The End of Stress gives you the tools you need to transcend stress and make every day your best day. 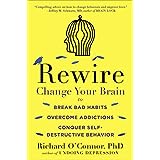 Richard O’Connor’s bestselling book Undoing Depression has become a touchstone in the field, helping thousands of therapists and patients overcome depressive patterns. In Rewire, O’Connor expands those ideas, showing how we actually have two brains—a conscious deliberate self and an automatic self that makes most of our decisions—and how we can train the latter to ignore distractions, withstand temptations, and interrupt reflexive, self-sabotaging responses. Rewire gives readers a road–map to overcoming the most common self-destructive habits, including procrastination, excessive worrying, internet addiction, overeating, risk-taking, and self-medication, among others. 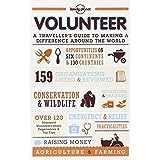 Volunteer: A Traveller’s Guide to Making a Difference Around the World
by Lonely Planet

Are you looking for a more meaningful travel experience? Do you want to give back to the communities you visit, make a genuine connection with locals, meet like-minded travellers and build your skills?

International volunteering opens up all these opportunities and this book has all the advice you need to get you there.