A day pro-cat-stinating is best spent with your nose in a book and your cat in your lap. Here’s a purrrrfect book list of your favorite felines, from the lovable Pusheen to the delightfully loathsome Grumpy Cat, from our friends at Off the Shelf, a daily blog that connects great books with great readers.

In the tradition of Marley: A Dog Like No Other, this is the story of a cat who was more than a pet, and the amazing effect he had on the people around him. This middle-grade adaptation of the Grand Central bestseller Dewey features an 8-page photo insert, including exclusive, never-before-seen photos of the Dew!

T. S. Eliot’s playful look at all of the reasons we love cats, as well as all of the quirks and personality traits they possess. His poems are lighthearted odes to the mischievous, lazy, hungry companions we keep, and are also the inspiration for the musical “Cats.” 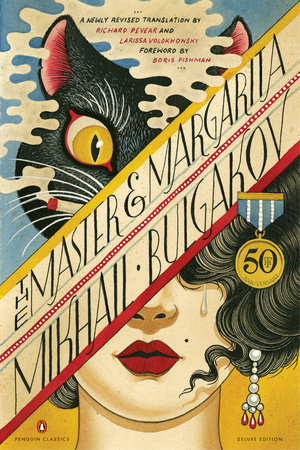 The Master and Margarita
by Mikhail Bulgakov

Nothing in the whole of literature compares with The Master and Margarita. One spring afternoon, the Devil, trailing fire and chaos in his wake, weaves himself out of the shadows and into Moscow. Mikhail Bulgakov’s fantastical, funny, and devastating satire of Soviet life combines two distinct yet interwoven parts, one set in contemporary Moscow, the other in ancient Jerusalem, each brimming with historical, imaginary, frightful, and wonderful characters. Written during the darkest days of Stalin’s reign, and finally published in 1966 and 1967, The Master and Margarita became a literary phenomenon, signaling artistic and spiritual freedom for Russians everywhere.

Kafka on the Shore
by Haruki Murakami

Kafka on the Shore is powered by two remarkable characters: a teenage boy, Kafka Tamura, who runs away from home either to escape a gruesome oedipal prophecy or to search for his long-missing mother and sister; and an aging simpleton called Nakata, who never recovered from a wartime affliction and now is drawn toward Kafka for reasons that, like the most basic activities of daily life, he cannot fathom. 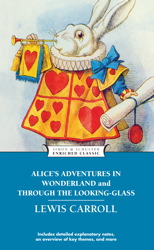 .Alice’s Adventures in Wonderland and its sequel, Through the Looking-Glass have captured the imaginations of readers since their publications. After Alice follows the frantically delayed White Rabbit down a hole, her adventures in the magical world of Wonderland begin. In Alice’s Adventures in Wonderland, she meets a variety of wonderful creatures, including Tweedledee and Tweedledum, the Cheshire Cat, the Caterpillar, the Mad Hatter, and the Queen of Hearts—who, with the help of her enchanted deck of playing cards, tricks Alice into playing a bizarre game of croquet. Her adventures continue in Through the Looking-Glass, which is loosely based on a game of chess and includes Carroll’s famous poem “Jabberwocky.”.

The Jungle Book
by Rudyard Kipling

A classic story of friendship between man and beast. Saved from the jaws of the evil tiger Shere Khan, young Mowgli is adopted by a wolf pack and taught the law of the jungle by lovable old Baloo the bear and Bhageera the panther. The adventures of Rikki-Tikki-Tavi the snake-fighting mongoose, little Toomai and the elephant's secret dance, and Kotick the white seal are all part of Mowgli's extraordinary journey with his animal friends.

Life of Pi
by Yann Martel

Pi Patel is an unusual boy. The son of a zookeeper, he has an encyclopedic knowledge of animal behavior, a fervent love of stories, and practices not only his native Hinduism, but also Christianity and Islam. When Pi is sixteen, his family emigrates from India to North America aboard a Japanese cargo ship, along with their zoo animals bound for new homes. The ship sinks. Pi finds himself alone in a lifeboat, his only companions a hyena, an orangutan, a wounded zebra, and Richard Parker, a 450-pound Bengal tiger. Soon the tiger has dispatched all but Pi, whose fear, knowledge, and cunning allow him to coexist with Richard Parker for 227 days lost at sea. When they finally reach the coast of Mexico, Richard Parker flees to the jungle, never to be seen again. The Japanese authorities who interrogate Pi refuse to believe his story and press him to tell them "the truth." After hours of coercion, Pi tells a second story, a story much less fantastical, much more conventional -- but is it more true? I Am Pusheen the Cat
by Claire Belton

Who is Pusheen? This collection of oh-so-cute kitty comics—featuring the chubby, tubby tabby who has taken the Internet by storm—will fill you in on all the basics.Things you should know about Pusheen. Birthday: February 18. Sex: Female. Where she lives: In the house, on the couch, underfoot. Her favorite pastime: Blogging, sleeping. Her best feature: Her toe beans. Her favorite food: All of them. Pusheen is a pleasantly plump cat who has warmed hearts and tickled funny bones of millions worldwide with her signature GIF animated bops, bounces, and tail wiggles.

Breakfast at Tiffany’s
by Truman Capote

In this seductive, wistful masterpiece, Truman Capote created a woman whose name has entered the American idiom and whose style is a part of the literary landscape. Holly Golightly knows that nothing bad can ever happen to you at Tiffany's; her poignancy, wit, and naïveté continue to charm. 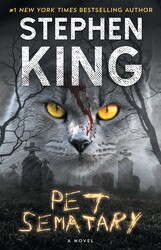 Don’t miss the classic tale from King of Horror and #1 New York Times bestselling author Stephen King, described by Publishers Weekly as “the most frightening novel Stephen King has ever written.”When the Creeds move into a beautiful old house in rural Maine, it all seems too good to be true: physician father, beautiful wife, charming little daughter, adorable infant son—and now an idyllic home. As a family, they’ve got it all...right down to the friendly car.But the nearby woods hide a blood-chilling truth—more terrifying than death itself—and hideously more powerful.The Creeds are going to learn that sometimes dead is better.

Internet sensation Grumpy Cat’s epic feline frown has inspired legions of devoted fans. Celebrating the grouch in everyone, the Grumpy Cat book teaches the fine art of grumpiness and includes enough bad attitude to cast a dark cloud over the whole world. Featuring brand new as well as classic photos, and including grump-inspiring activities and games, Grumpy Cat delivers unmatched, hilarious grumpiness that puts any bad mood in perspective. 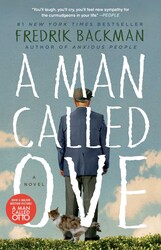 Meet Ove. He’s a curmudgeon—the kind of man who points at people he dislikes as if they were burglars caught outside his bedroom window. He has staunch principles, strict routines, and a short fuse. People call him “the bitter neighbor from hell.” But must Ove be bitter just because he doesn’t walk around with a smile plastered to his face all the time? Behind the cranky exterior there is a story and a sadness. Beautifully written, effortless to read, and utterly hilarious, this novel will became your new favorite.