We all want our children to have the best possible education, starting with preschool. Yet carefully selecting their first school is only one of the ways that parents can support their kids academically. Teru Clavel, a fellow parent and the author of the book World Class: One Mother’s Journey Halfway Around the Globe in Search of the Best Education for Her Children, offers 9 wise tips for preparing your child for preschool.

#1: Enroll your kids in an academic preschool if you do not plan to supplement academics at home. (For tips on supplementing at home, see Chapter 5 in WORLD CLASS.)

#2: Look for ways to support your child’s learning (academic, social, emotional) at home and at school.

#3: Read. Read. Read. All the time to your child. From an actual paper book. And discuss, even when you think she can’t yet. Make eye contact, and use expression.

#5: Look for free preschool spots in your district well in advance of your child’s start date.

#6: Seek out enrichment activities through local libraries, museums, community centers, concert halls, religious organizations, and so on, many of them free and open to the public.

#7: Form or join a parent support network for all the latest and greatest gossip, finds, and tips. You may find a group for your school on Facebook, but plan in-person meet-ups rather than relying on online posts. You’ll learn insider scoops that people would never post in public. Introduce yourself to familiar-looking parents and expand your network to share issues and build resources.

#8: Learn about the elementary kindergarten curriculum in your district. What skills and activities can you practice with your child at home to help her smoothly transition into kindergarten? For example, how familiar should she be with the alphabet? How high is she expected to count?

#9: Stay on top of the curricular pipeline and learning expectations from kindergarten (and through high school!). Ask teachers on day one for the curriculum for the year, and ask how it’s followed or modified. Ask how children are assessed, which textbooks and resources will be used, and how you can support the learning at home.

Learn how to ensure your child is thriving in elementary school, being challenged in middle school, and much more in WORLD CLASS by Teru Clavel.

Excerpted from World Class by Teru Clavel. Copyright © 2019 by the author. Used by permission of the publisher. All rights reserved. 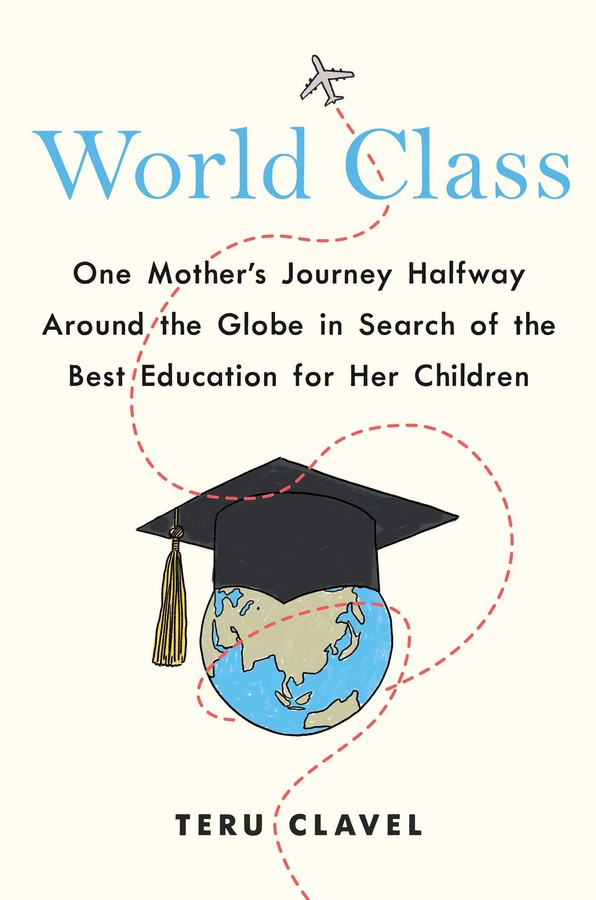 An eye-opening firsthand exploration of why Asian students are outpacing their American counterparts, and how to help our children excel in today’s competitive world.

When Teru Clavel had young children, the oldest barely two, she watched as her friends and fellow parents vied to secure a spot in the right New York City preschools. Following a gut feeling that a truly world-class education involves more than the privilege and ennui of elite private schools, Teru and her family moved to Asia, embarking on a ten-year-long journey through the public schools of Hong Kong, Shanghai, and Tokyo.

During this time, Teru discovered firsthand why students in China and Japan are far outpacing their American counterparts. In Hong Kong, her children’s school was nicknamed The Prison for its foreboding, austere facilities, yet her three-year-old loved his teachers and his nightly homework. In Shanghai, in a school without flush toilets, the students were kept late not out of punishment but to master the day’s lesson. In Tokyo, her children and their classmates were responsible for school chores, like preparing and serving school lunches—lunches that featured grilled fish, stewed vegetables, and miso soup, not hot dogs and french fries.

These schools were low-tech and bare-bones, with teachers who demanded obedience and order. Yet Teru was shocked to discover that her children thrived in these foreign and academically competitive cultures; they learned to be independent, self-confident, and resilient, and, above all, they developed a deep and abiding love of learning. The true culture shock came when Teru returned to the States and found their top-rated California school woefully ill-prepared to challenge her children. Her kids were passing, but the schools were failing them.

In this revelatory book, Teru shares what she learned during her decade in Asia, providing practical tips and takeaways to bring the best of Asia’s education and parenting philosophies into American homes and schools. Written with warmth and humor, World Class is an insightful guide to set your children on a path towards lifelong learning and success.