Congrats! You’re going to parents! Before you and your significant other take your newborn home, there are important tips and lessons you must know. We’ve rounded up the best books for first-time parents will help you manage expectations for what life will be like for the first few years. For everything from baby’s first sleep in the crib and first words to first steps and potty training, we’ve got you covered. From the beloved nanny to stars like Jessica Biel and Justin Timberlake, Emily Blunt and John Krasinski, and Cash Warren and Jessica Alba comes a loving yet no-nonsense guide to the first four months of parenthood so you can raise a happy baby—and be happy parents.There is nothing like the overwhelming love of gazing upon your beautiful newborn, but there is really nothing like the overwhelming terror of not being able to comfort that screaming baby. Have no fear! Nanny Connie is here with all the solutions you need for every baby-care dilemma from comforting a colicky infant to trying to breastfeed in public. 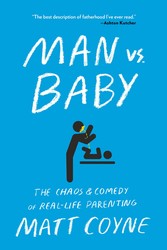 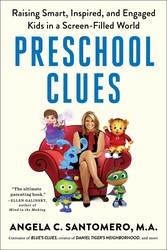 The award-winning creator of Blue’s Clues, Super Why!, and Daniel Tiger’s Neighborhood shares the secret sauce behind her shows’ powerful, transformative results in the form of eleven research-based, foundational “clues” to ensure that preschoolers flourish academically, socially, and emotionally during this critical time.The preschool years—when children are between the ages of two and five—are the most influential, important years in a child’s life. Studies show that pausing to interact, playing to solve problems, diffusing with humor, and using repetition are the hidden clues conscious parents use to raise successful kids and help them learn critical thinking skills, foster empathy, and nurture their sense of self-worth. 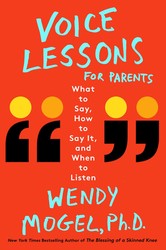 Renowned speaker, parenting expert, and New York Times bestselling author Dr. Wendy Mogel offers an essential guide to the new art of talking to children, showing how a change in tone and demeanor can transform the relationship between parent and child.Most parents are perfectly fine communicators—unless they’re talking to their children. Then, too often, their pitch rises and they come across as pleading, indignant, wounded, outraged. In tone and body language they signal, I can’t handle it when you act like a child. Dr. Wendy Mogel saw this pattern time and again in her clinical practice. In response, she developed a remarkably effective series of “voice lessons,” which she shared with parents who were struggling with their kids.