You think you’re doing him a favor when you feign the Big O, but you’re really not. Here’s why. From The Big, Fun, Sexy Sex Book.

If some experts are to be believed, men need to be better educated about female sexuality, and faking is a necessary by-product of the male ego and protecting a guy’s self-esteem. Personally, I don’t buy it. If a tree falls in the woods and there’s no one there to hear it, does it make a sound? If a woman fakes it and her partner thinks she is actually enjoying the sex, is her dissatisfaction really heard?

Don’t get me wrong: As a sex and relationships counselor I’m all for education. I do believe that men get too many of their ideas about female sexuality from porn. There’s no shortage of legitimate reasons why a woman might not experience an orgasm during sex, including stress, depression, anxiety, body image, performance anxiety, and fatigue. Plus, a woman may be less likely to have orgasms early in a relationship, because her body needs time to learn to trust a new partner, and she may fake orgasm in those early days as a way to show her partner she likes him. Ideally, it’s a temporary situation that doesn’t become a habit.

So is faking an orgasm justified? My answer used to be “yes, on occasion.” But with new research suggesting that faking has become the little white lie that’s amounted to a culturally accepted form of deception—most men think their partners don’t fake it, while many women admit that they have—I’ve changed my mind. Faking every now and then is not okay. Sure, talking about sex can be difficult. It’s easier to spare your partner’s feelings, especially since some men may respond defensively.

But that still doesn’t justify lying. Every time a woman fakes it for a legitimate reason, she undermines that legitimacy and loses an opportunity to communicate with her partner and deepen his understanding of their relationship. And don’t forget: A growing number of men are now faking orgasm, too. How would you feel if you knew your guy was faking it when you had sex? It’s true that talking about sex isn’t always easy. But in the end, not talking about sex is even harder. 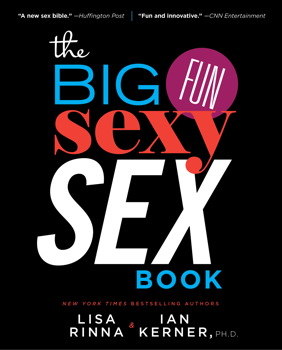