You know the player, right? He’s the misogynistic, arrogant jerk you hate more than taxes, but, secretly, you’d bed him faster than your granny could yell “Bingo!” at the church game hall. Let’s face it: We’ve all wanted him at one time or another.

We wanted to know if he was as good in bed as the reputation that long preceded him suggested. We wanted to know if we could be The One to rope that bull, drag him mercilessly into a relationship, and then tag him and bag him for the rest of his sorry days.

Unfortunately, we ran into one little problem.

He knew it. Not only did he know it, he was looking for us, and he wanted us not for a relationship, mind you. He wanted to do the old stop, flop, and roll—as in roll out of bed, down the street, and out of our lives.

A good friend of mine—a reformed player—once told me that in his hound dog days, he could walk into a room of women, sniff out his prey, and easily schedule two hook-ups before the night’s end. His secret? He targeted the extremes—the under-confident and overconfident. With the under-confident women (the wallflowers), he only need to make her feel “special,” you know, pretty. With the overconfident women, the ones who knew they could get any man they wanted and let everyone else in the room know it too, he’d play a little hard-to-get, making them believe he’d succumbed to their charms when in fact he’d had set his sights on them from the first moment he’d laid eyes on them.

In both cases, we’re hopeless enough to believe we are the beneficiary of fate’s generous hand when we were really the victim of a targeted campaign perpetrated by exploiting our own perceptible cluelessness.

When we find ourselves repeatedly targeted by players, wondering why we end up in the same kinds of dead-end relationship relationships over and over again, here are five steps we can all take to break the cycle and find the love we want and the man we need.

1. Recognize and reject. The old “the first step is admission” saying is trite but true. We really need to acknowledge the fact that we’re in a cycle in order to change our habits. Think about your last relationship. Did he seem an awful lot like his predecessor? Well, that’s because they were one and the same. Hate to break it to you, ladies, but the Emperor’s got new clothes. In the future, as soon as the player slithers toward you, flashing that million-dollar smile that makes you blush like a school girl, run like a track star on steroids. Refuse to be a target.

2. Stop thinking you’re special and that he’ll be different with you. No, really, you’re not special! OK, maybe to your mother and your nana, but not to him. Neither were the fifty chicks that came before you or the fifty new fools that will follow in your footsteps immediately after he leaves your bed.

3. Don’t give in to your curiosity. Yes, curiosity killed the cat–and that cat was dead as a doornail. Neither satisfaction nor a single one of those so-called nine lives brought him back. Save your curious energy for something constructive, like researching why you keep seeking out unhealthy relationships.

4. Keep your past to yourself. And for goodness’ sake, don’t tell the player (of all people) how hurt and damaged you are from your past relationship. You know why? He doesn’t care! He’ll only listen long enough to unlock the mystery to getting inside your pants. If he asks about your past relationships, tell him all of your former boyfriends were exactly like him. Trust me, he’ll promptly move on to the next potential victim.

5. Act confident, even when your confidence fails you—but don’t be the extreme! Confidence scares and intimidates players because they don’t know how to handle a woman who can see through their BS. They’ll either run for cover or step up to a game worthy of you. But the longer you stand your ground, the sooner you’ll see their true colors because they’ll get sick of how much work it takes to maintain your interest. No matter how sincere they make you believe they are, let them move on in order to make room for the man who is truly worthy of the fabulous woman you are!

Tell Us: Have you ever dated a player? 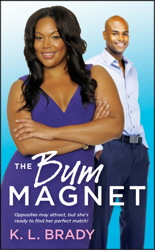 Charisse Tyson’s got it all going on . . .She’s a savvy, successful real-estate agent with a quick wit, a low tolerance for BS, a gorgeous size-14 body, and a thirst for top shelf vodka. Despite her dream house, luxury car, and appetite for life’s best—like fine dining and hot men—she seems to have her own special talent for attracting players. Why do all of her ex-lovers belong in the Losers Hall of Fame? There was Lamar, the hazel-eyed Adonis who sowed more wild oats than Quaker. . . Sean, an expert at juggling relationships . . . Marcus, whose lips wandered as often as his eyes . . . and others, too. But just as Rissey swears off sex and vows to dump her emotional baggage, she meets house-hunting client Dwayne Gibson. There’s no way she can resist his seductive smile and rock-hard body. . . . Will Dwayne turn out to be the biggest bum of them all? Or will this time be different?