In I Suck at Relationships So You Don’t Have To, my therapist and renowned psychologist Dr. Xavier Amador, Ph.D offers his tips on how to best work through a conflict with your partner.

No one wants to fight when one or both sides fight dirty: name-calling, insults. This always ends with silence, sulking, or screaming. Fights hurt relationships when we make the other person defensive. This is toxic fighting. Instead, practice the 7 habits to healthy fighting from my book I’m Right, You’re Wrong, Now What? and focus on your contribution, not his. You can’t control what he does but you can learn to stop throwing gasoline on the fire.

The 7 Habits to Healthy Fighting

1. Stop insisting you’re right. If you’ve said your piece twice and he still doesn’t get it, it’s time to stop.

2. Don’t engage in insults or name-calling. “That’s stupid,” “Youre an idiot,” “You don’t care,” “Bastard,” and worse just lead to defenses going up.

3. Pick the right time. Don’t argue drunk, when he’s exhausted and trying to sleep, when he’s trying to rush out the door to work, etc. Use common sense. It can wait.

4. Never use absolutes. “You always…” or “You never…” tell him he’s been tried, found guilty as charged, and convicted. Expect an angry defense.

5. Don’t “kitchen-sink it.” If you’re upset about last night, don’t bring up last Tuesday, last week, or last month. And don’t add other complaints. Fight one battle at a time. Throwing everything in but the kitchen sink escalates a single argument into a war.

6. Listen without defending. If you’re defensive, he will be defensive. He won’t feel heard and he won’t be interested in hearing you because he will be busy defending himself.

7. Reflect back what you have heard. Instead of a boxing match where you block and counterpunch, practice verbal Jujitsu. If he insults you, reflect it back. “So you’re saying I’m being unreasonable? Is that right?” He will feel heard, calmer, and off balance. 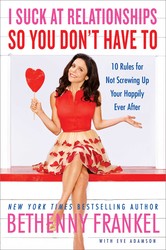