Now that online dating is commonplace, plenty of us are making dates with virtual strangers. We might be sitting across the table from someone we know only as a Tinder profile, so while taking a chance on love is great, it’s important to do so safely. Author Laura Griffin knows a lot about both romance and security, since she’s the author of 17 novels of romantic suspense—including her newest one, DESPERATE GIRLS. We asked Laura for some tips about what to ask your blind date so you both have a great evening.

Blind dates can be nerve-racking, fun, or panic-inducing, depending on your perspective. Before you get too caught up in selecting the perfect outfit, it’s best to think about safety. After all, you’re planning to spend several hours of your life with a person you’ve never laid eyes on. Taking a few simple precautions before and during the big date will help you to relax and get the most out of this chance to make a connection.

Before You Go on a Blind Date

Now that you’ve done your online snooping and decided what to wear, the trick is to make the most of your time together. You want don’t want to conduct an interrogation, but you do want to learn key information and get a feel for whether you have a connection with this person.  Here are some easy conversation starters that can reveal a lot.

After you’ve had a chance to break the ice, throw in a more revealing question, such as:

No matter what questions you ask, be sure to listen to the answers—and that includes body language. Our brains are wired to pick up on all sorts of cues, both obvious and subtle, that tell you whether this person in your midst is a green light or a big red stop sign. Don’t ignore your instincts! If your gut is telling you that your date is selfish, creepy, self-absorbed, hot-tempered, then do yourself a favor and listen to that warning. On the other hand, if you overcome your first-date jitters and give the date a chance, you may be surprised to find an unexpected connection.

Read More: How do you know when you’ve found The One? Discover 32 signs you have a future together (and 24 signs you don’t). 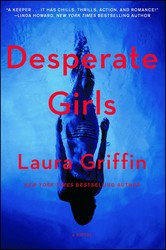 New York Times bestselling author Laura Griffin’s Desperate Girls is a tightly wound, fast-paced romantic thriller that follows a desperate woman on the run as she hides from a killer’s symbolic revenge spree.

Defense attorney Brynn Holloran is right at home among cops, criminals, and tough-as-nails prosecutors. With her sharp wit and pointed words, she has a tendency to intimidate, and she likes it that way. She’s a force to be reckoned with in the courtroom, but in her personal life, she’s a mess. When a vicious murderer she once helped prosecute resurfaces and starts a killing spree to wipeout those who put him behind bars, one thing becomes clear: Brynn needs to run for her life. When the police come up empty-handed, Brynn turns to a private security firm for protection. But when she defies advice and gets involved in the investigation, even the former Secret Service agent assigned to protect her may not be able to keep her safe. With every new clue she discovers, Brynn is pulled back into the vortex of a disturbing case from her past. As the clock ticks down on a manhunt, Brynn’s desperate search for the truth unearths long-buried secrets and reignites a killer’s fury.