Without fail, the boyfriend is always the hardest to shop for. Maybe you’re shopping for the guy who has everything, or you just don’t know where to start. Don’t fret. We’ve got you covered. Whether he likes working out, sports, the outdoors or just having a good time, we’ve rounded up the perfect gifts for your man. 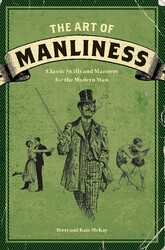 The Art of Manliness
by Brett McKay

Man Up! While it's definitely more than just monster trucks, grilling and six-pack abs, true manliness is hard to define. The words macho and manly are not synonymous.Taking lessons from classic gentlemen such as Benjamin Franklin and Theodore Roosevelt, authors Brett and Kate McKay have created a collection of the most useful advice every man needs to know to live life to its full potential.This book contains a wealth of information that ranges from survival skills to social skills to advice on how to improve your character. Whether you are braving the wilds with your friends, courting your girlfriend or raising a family, inside you'll find practical information and inspiration for every area of life. 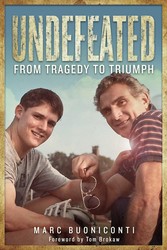 As seen in Parade magazine and on Fox & Friends! Marc Buoniconti, son of an NFL Hall of Fame legend Nick Buoniconti, enjoyed an admittedly reckless lifestyle until a paralyzing football injury changed his outlook and pushed him to dedicate himself to helping others.Hurtling into a tackle, Marc Buoniconti made contact, and then—he felt nothing. He saw an arm flop to the ground and as he struggled to breathe, he became aware whose arm it was: his. That third-and-one play for The Citadel linebacker began as a game-changing moment but quickly turned life-changing for the son of NFL Hall of Fame legend Nick Buoniconti. On October 26, 1985, Marc was paralyzed for life from the shoulders down, injured in the same fashion as he had lived up to then: recklessly. But the same drive to push the limit in everything he’d encountered, from drugs to skipping school to never backing down from a dare, was the catalyst for Marc’s resolve to get off a ventilator, beat the odds, and turn catastrophe into a life of purpose. 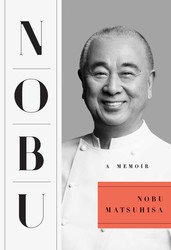 A fascinating and unique memoir by the acclaimed celebrity chef and international restaurateur, Nobu, as he divulges both his dramatic life story and reflects on the philosophy and passion that has made him one of the world’s most widely respected Japanese fusion culinary artists.Nobu needs no introduction. One of the world’s most widely acclaimed restaurateurs, his influence on food and hospitality can be found at the highest levels of haute-cuisine to the food trucks you frequent during the work week—this is the Nobu that the public knows. 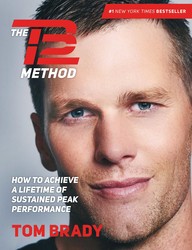 The TB12 Method
by Tom Brady

#1 New York Times Bestseller The first book by New England Patriots quarterback Tom Brady—the five-time Super Bowl champion who is still reaching unimaginable heights of excellence at forty years old—a gorgeously illustrated and deeply practical “athlete’s bible” that reveals Brady’s revolutionary approach to sustained peak performance for athletes of all kinds and all ages.In modern sports, some athletes have managed to transcend their competition in a way that no one will ever forget: Jordan. Jeter. Ali. Williams. These elite legends have changed the game, achieved the unthinkable, and pushed their bodies to unbelievable limits. Joining their exclusive ranks is Tom Brady. “Brady is the healthiest great champion the NFL has ever had, both physically and mentally” (Sally Jenkins, The Washington Post). The longtime New England Patriots quarterback, who in 2017 achieved his fifth Super Bowl win and fourth Super Bowl MVP award, is widely regarded as an athlete whose training and determination pushed him from a mediocre draft position to the most-revered and respected professional football player of his generation. In The TB12 Method, Tom Brady explains how he developed his groundbreaking approach to long-term fitness, presenting a comprehensive, step-by-step guide to his personal practice. 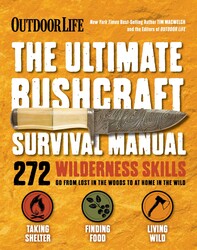 What if you were dropped in the woods with little more than a knife, your wits, and the (hopefully warm) shirt on your back? Could you survive? If you’d read this book, the answer is yes! Survival! It’s one of our most primal fears, most basic needs. What do you do when everything is stripped away except your will to prevail? In this book, survival expert Tim MacWelch examines how native peoples around the world and throughout history have made their own shelter, weapons, tools, and more, and well as clever MacGuyver-esque ideas for using anything you might find in your pockets or pack. Whether your goal is to test yourself against nature, be prepared for any catastrophe, or learn more about traditional ways of survival, this is the one book you need. 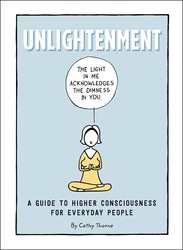 This illustrated, humorous book helps those who have trouble meditating fully embrace mindfulness and wellness.Meditation and mindfulness are popular for their ability to improve moods, reduce stress, help with anxiety and depression, and reduce distractions. But while many are successful, there are some who struggle to relax and clear their heads, wondering how so many people find this New Age movement invigorating. In Unlightenment, you’ll get a comedic look at what it’s like to participate in New Age practices—even if you’re not able to achieve a quiet mind, maintain moment-to-moment awareness, or recreate complex, contorted yoga poses. 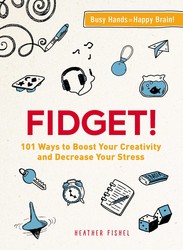 Busy hands equal a happy brain! Learn how fidgeting can help increase productivity and decrease stress, with 101 ways to tap, jiggle, doodle, and click your way to better concentration and creativity.Fidget spinners are the latest popular trend, but pen clicking, pencil chewing, and stress-ball slinging have been commonplace for decades. According to recent research, it’s been shown that fidgeting helps you concentrate and prevent stress. If something we are working on isn’t interesting enough to hold our attention, the additional sensory-motor input of fidgeting allows our brains to become fully engaged and focused. In Fidget! you’ll discover 101 ways to help increase your productivity and decrease stress, so you can fully engage at work and achieve calm, creativity, and mindfulness.