Mental Health Awareness Month is coming up in May, and it serves as the perfect reminder for how essential it is to address and amplify concepts like self-care, therapy, and looking out for your mental wellbeing. Novels, television shows, and magazine articles can all play a part in spreading awareness about mental health in a positive way.

Which brings us to QUEENIE, a newly published work of fiction by debut author Candice Carty-Williams. The book has caught our attention with its authentic perspective on mental health through the lens of the novel’s main character, Queenie Jenkins. A Jamaican British woman in her mid-twenties, Queenie is struggling to get a handle on both her romantic and professional life. And honestly, who hasn’t been there before? In the book, Carty-Williams details Queenie’s journey of self-discovery and illustrates how fragile mental health can be, especially when you’re a young adult still figuring out your place in the world.

Queenie runs up against various roadblocks and has to confront many emotional demons that affect her ability to move forward with her life. From being burned by a number of men to dealing with casual racism, Queenie struggles to find self-love and acceptance. This is something that many of us can relate to, whether you’re 25 or 65. The good news, though, is that Queenie decides to seek help from her friends, family, and a therapist, thereby reminding us that it’s okay to ask for help too. After all, everyone needs support and a soft place to land from time to time. In this way, we can all say: #IAmQueenie.

So in honor of Mental Health Awareness Month and our love for QUEENIE, we’ve put together a list of 7 books that raise awareness about mental health. These are some books that you might want to pick up when you’re feeling down and need some positivity and strength. We like to think Queenie would have found comfort in these insightful reads, and we think you might too…

Read up more on QUEENIE at Get Lit: Meet Queenie: A Millennial Struggling with Adulting (Like All of Us)

Photo by Tolani Osan. Find her on Instagram at @TolaniHerShelf 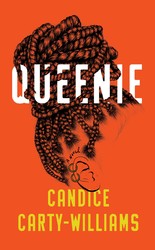 Queenie Jenkins is a 25-year-old Jamaican British woman living in London, straddling two cultures and slotting neatly into neither. She works at a national newspaper, where she’s constantly forced to compare herself to her white middle class peers. After a messy break up from her long-term white boyfriend, Queenie seeks comfort in all the wrong places…including several hazardous men who do a good job of occupying brain space and a bad job of affirming self-worth.

As Queenie careens from one questionable decision to another, she finds herself wondering, “What are you doing? Why are you doing it? Who do you want to be?”—all of the questions today’s woman must face in a world trying to answer them for her. 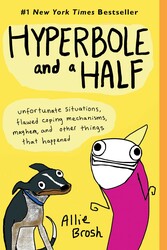 Hyperbole and a Half
by Allie Brosh

This full-color, beautifully illustrated edition features more than fifty percent new content, with ten never-before-seen essays and one wholly revised and expanded piece as well as classics from the website like, “The God of Cake,” “Dogs Don’t Understand Basic Concepts Like Moving,” and her astonishing, “Adventures in Depression,” and “Depression Part Two,” which have been hailed as some of the most insightful meditations on the disease ever written.

Brosh’s debut marks the launch of a major new American humorist who will surely make even the biggest scrooge or snob laugh. We dare you not to. 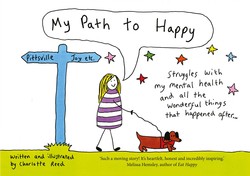 My Path to Happy
by Charlotte Reed

From 2008, Charlotte Reed suffered from crippling depression. She decided not to take antidepressants and to instead fight her depression by making lifestyle changes such as exercise, diet and acupuncture. In addition, she started an online ‘Thought for the Day’ – a positive thought she posted on Facebook each day. These daily thoughts became a massive hit among her friends and Charlotte credits them with playing a huge part in her recovery from depression two years later. She went on to publish them in a book, May The Thoughts be With You, which she has sold thousands of copies of at the world-famous Portbello Road Market in Notting Hill, London. 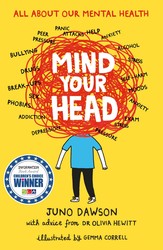 Mind Your Head
by Juno Dawson

From the critically acclaimed author of THIS BOOK IS GAY, James Dawson, now writing as Juno Dawson

From the critically acclaimed author of THIS BOOK IS GAY, James Dawson, now writing as Juno Dawson. We all have a mind, so we all need to take care of our mental health as much as we need to take care of our physical health. And the first step is being able to talk about our mental health. Juno Dawson leads the way with this frank, factual and funny book, with added information and support from clinical psychologist Dr Olivia Hewitt. Covering topics from anxiety and depression to addiction, self-harm and personality disorders, Juno and Olivia talk clearly and supportively about a range of issues facing young people's mental health - whether fleeting or long-term - and how to manage them. With real-life stories from young people around the world and witty illustrations from Gemma Correll. 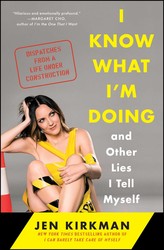 In I Know What I’m Doing—and Other Lies I Tell Myself, Jen offers up all the gory details of a life permanently in progress. She reassures you that it’s okay to not have life completely figured out, even when you reach middle age (and find your first gray pubic hair!). She talks about making unusual or unpopular life decisions (such as cultivating a “friend with benefits” or not going home for the holidays) because you don’t necessarily want for yourself what everyone else seems to think you should. It’s about renting when everyone says you should own, dating around when everyone thinks you should settle down, and traveling alone when everyone pities you for going to Paris without a man.

From marriage to divorce and sex to mental health, I Know What I’m Doing—and Other Lies I Tell Myself is about embracing the fact that life is a bit of a sh*t show and it’s definitely more than okay to stay true to yourself. 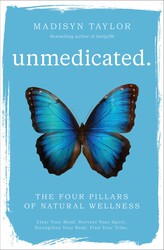 Madisyn Taylor was plagued by depression and anxiety, suffering from chronic physical problems that left her desperate for solutions. Spending decades searching for answers, she first turned to the medical community, which put her on a rollercoaster course of numerous doctors, tests, and an unhealthy reliance on medications that left her numb and lifeless. And after years of practice and research, Madisyn developed an integrative wellness program that put her back in the driver’s seat of her health, and ultimately, her life. Unmedicated is her thoughtful account of how she broke free from binding mental chains and physical ailments to be happy, healthy, and productive; it is also a guide for you to apply her practical techniques to your own healing journey. Madisyn offers a daily program of easy-to-follow actions based on four pillars that will build a lifelong foundation for health: clear your mind; strengthen your body; nurture your spirit; and find your tribe. 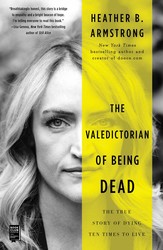 The Valedictorian of Being Dead
by Heather B. Armstrong

From New York Times bestselling author and blogger Heather B. Armstrong comes an honest and irreverent memoir—reminiscent of the New York Times bestseller Brain on Fire—about her experience as one of only a few people to participate in an experimental treatment for depression involving ten rounds of a chemically induced coma approximating brain death.

For years, Heather B. Armstrong has alluded to her struggle with depression on her website, dooce. It’s scattered throughout her archive, where it weaves its way through posts about pop culture, music, and motherhood. But in 2016, Heather found herself in the depths of a depression she just couldn’t shake, an episode darker and longer than anything she had previously experienced. She had never felt so discouraged by the thought of waking up in the morning, and it threatened to destroy her life. So, for the sake of herself and her family, Heather decided to risk it all by participating in an experimental clinical trial involving a chemically induced coma approximating brain death.