How to handle a baby’s night cries is a hotly debated issue. Some say that letting a baby cry at night helps him learn how to self-soothe, but a new study shows otherwise. From The Secret Life of Sleep.

One of the trickiest things about the contemporary expectation that children sleep through the night is that it involves a lengthy separation— some would say an abandonment—which triggers alarm for both parent and child. A baby’s cries are so painful to hear, most caretakers cannot help but respond by soothing the child. Comforting responses release opioids in the bodies of both parties, turning off their panic systems, and restoring the bond between them.

When comfort is not forthcoming, both lose out on nature’s analgesic, and the stress of their discomfort intensifies until something shuts it down. In the best scenario, each is able to mobilize his or her capacity for self-soothing and calm down. At worst, they give up, go numb, and fall back asleep. In 2012, professor Wendy Middlemiss and her colleagues at the University of North Texas discovered something remarkable in their study of mother-infant interactions: when a baby left to cry finally calmed down, the mother’s stress (as measured by her level of the stress hormone, cortisol) dropped immediately; however, the infant’s cortisol level remained high for hours afterwards. It was a small study, but if further research confirms the results, then it would be safe to suggest that the quiet that follows an infant’s unattended separation cries is not so much a sign of successful self-soothing as one of despair.

At present, despite pediatric support for independent sleep and formal sleep-training in the United Kingdom, the United States, Canada, and Germany, it appears that the majority of parents in these countries sleep with or near their infants at least part of the time. 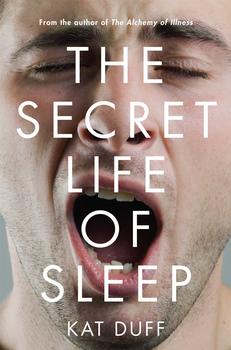