They say to never judge a book by the cover, but these covers are too hot to put down.  Add these steamy reads to your list. 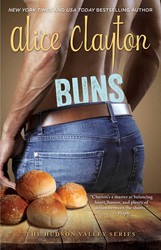 The third in the hilarious yet sizzling hot Hudson Valley series from New York Time and USA TODAY bestselling author Alice Clayton.Clara Morgan is living the dream, if you can call rebranding hotels that are desperate for a new life and running any kind of marathon a dream. Which she does. But the career she loves and the endurance races that keep her adrenaline pumping have kept her too busy to put down any roots. Growing up in foster care, she’s never been able to establish traditions of her own, which may be why she’s fascinated by the rituals that generations-old family resorts are known for. She’s especially interested in the Bryant Mountain House, and not just for their secret recipe for the yummy, gooey, can’t-get-enough-of Hot Cross Buns…. Archie Bryant, the man with the Buns, is fifth generation and one-day-owner of the charming yet run-down Bryant Mountain House in Bailey Falls, New York. 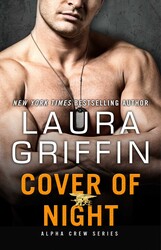 Cover of Night
by Laura Griffin

Sparks fly when a journalist and a Navy SEAL cross paths in Thailand in this third entry in the thrilling and sexy Alpha Crew series from New York Times bestselling author Laura Griffin.Journalist Karly Bonham is on her first overseas mission, covering the new United States ambassador to Thailand, when she is taken hostage by terrorists, with only her wits and courage to keep her alive--until help arrives in the form of Navy SEAL Ethan Dunn. As part of an elite SEAL team called Alpha Crew, Ethan has been on countless harrowing missions, but he knows this one is different the instant he meets Karly—the sexy young reporter who somehow managed to escape the terrorists’ clutches. 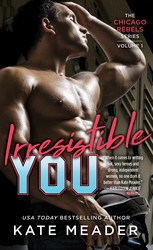 Irresistible You
by Kate Meader

Hot in Chicago series author Kate Meader returns with her all new, scorching Chicago Rebels hockey series, featuring her signature “steamy sex scenes, colorful characters, and riveting dialogue” (Romantic Times). Three estranged sisters inherit their late father’s failing hockey franchise and are forced to confront a man’s world, their family’s demons, and the battle-hardened ice warriors skating into their hearts.Harper Chase has just become the most powerful woman in the NHL after the death of her father Clifford Chase, maverick owner of the Chicago Rebels. But the team is a hot mess—underfunded, overweight, and close to tapping out of the league. Hell-bent on turning the luckless franchise around, Harper won’t let anything stand in her way. 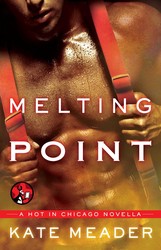 Things are heating up at Engine Co. 6 in this original e-novella from Kate Meader’s sizzling Hot in Chicago series! Superhot playboy firefighter Gage Simpson has one particular man on his mind: Brady Smith, a recalcitrant, moody chef who makes Gage melt from the inside out. Features a sexy sneak preview of Playing with Fire!Firefighter Gage Simpson has it all: the job of his dreams, the family of his heart, and no shortage of hot guys lining up to share his bed. “Fun and easy” is his motto—and it’s kept him sunny through a painful upbringing and steered him away from trouble. But when trouble comes knocking in the form of a sexy, scarred, tattooed chef with a harrowing past and zero communication skills, Gage can’t help but be drawn to the flame. 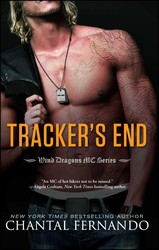 The third in a sexy romance series from the bestselling author of Saxon and Toxic Girl about the bad boys of the Wind Dragons Motorcycle Club and the women who fall in love with them.Tracker is everything I’ve ever wanted. I see him. I’ve watched time change him. I’ve been patient, but he still hasn’t noticed me. Not the way I want him to. The more time I spend with the MC, the more I understand. When you want something, you have to take it. You have to fight for it. And Tracker is more than worth fighting for… 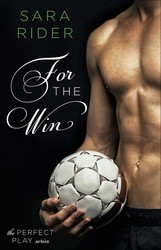 For the Win
by Sara Rider

What happens when you fall for your biggest competition? Sara Rider scores with this charming romance about soccer stars battling their tough opponents and playing the field of love.Lainey Lukas has sacrificed everything—sleep, family, carbs, a life—to earn her spot as the top player and captain of the Seattle Falcons women’s soccer team. She’s determined to lead her team to a national championship and finally earn the sport the respect it deserves—and nothing will throw her off her game. When Lainey’s hero Gabe Havelak, star of the Seattle Surge, crashes her team’s first press conference—making the Falcons look like a joke to the local media and humiliating Lainey in the process—she’s hell-bent on revenge.