It’s no surprise that the modern obesity epidemic has a genetic component. It seems as though there is a never-ending supply of get-thin-quick diets on the market. Yes, sugar is bad for you, but adhering to a strict diet that may or may not be healthy can induce feelings of extreme guilt, and that doesn’t help anyone lose weight. Perhaps the answer is in our genes, and it’s all comes down to a simple concept: eat less. Read more about it in The Genetics of Health: Understand Your Genes for Better Health.

Stories about weight loss, body shaping, and fatness are everywhere in the media. But a whole cohort of fat-abstinence warriors may be fighting the wrong battle, as they carefully avoid disturbing the sugar-coated elephant in the room. There is corpulence and there is cholesterol—both have evolutionary stories, and there is a lot we can learn. But, ultimately, it is clear that we are simply consuming too many calories. There’s more to food than guilt. A delicately grilled steak with some fancy artichoke sauce is actually okay, even accompanied by some ciabatta bread smothered with butter. All these various diets being promoted, like carb cycling and Paleo, merely induce guilt.

Ancient Homo erectus ate more meat than Homo sapiens, closer to the Paleo diet, and were more athletic, but guess what. These Paleo eaters ended up skinny but also extinct. If agriculture was all bad, it would not have ensured our longevity as a species. From an evolutionary point of view, there is economic gene theory that basically says an overweight person was more likely to be slower and therefore at greater risk of death from predators. And because the higher the weight, the smaller the brain, smarts weren’t likely to have been around to help the situation. Recent studies have shown that every calorie you avoid is worth about thirty seconds of more life, so here’s the real question: Are you prepared to give up a piece of cake to live another day?

If we want to learn from our past, moderation is the key. Aristotle once said, “It is better to rise from life as from a banquet—neither thirsty nor drunken.” In modern times, enough seems to be the hardest word.

While you’re moderating your intake, incorporate these 16 superfoods for weight loss. 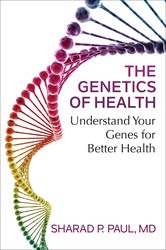