One of our favorite indulgences is lying on the couch with a good book and a bag of our favorite potato chips. Can’t get better than that, right? WRONG! Kristin Harmel, the author of THE WINEMAKER’S WIFE, has just made that experience better by telling us that we shouldn’t be drinking water or soda with those chips—we should be drinking champagne!

THE WINEMAKER’S WIFE, a historical novel set in the Champagne region of WW2 France, so she’s done a lot of research on champagne and is here to tell us that you don’t have to save that bubbly for a special occasion—it’s a great wine to sip with many foods, plenty of them not fancy at all.

So pour yourself a cold glass of your favorite champagne, open that bag of chips, and discover the other surprising foods you could be eating alongside your bubbly! Watch Kristin share her suggestions in the video above, or keep reading for a transcript of her picks:

The sharpness of champagne, its acidity, cuts perfectly through the salt.

Which means that it also goes pretty perfectly with…

The bubbles can balance out heat, so if you’re diving into something spicy, like a great spicy pad thai, pop open a bottle.

Not only do the bubbles work perfectly with the butter, but the yeasty notes in champagne from Champagne, France, complement the toastiness of the popcorn.

Remember that acidity we mentioned? It also cuts perfectly through the grease in fried foods. So the next time you bring home a bucket of fried chicken, believe it or not, pop a bottle of champagne.

If you enjoyed her recommendations, be sure to check out Kristin Harmel’s novel set in Champagne, France: THE WINEMAKER’S WIFE.

Want more? Find Your Perfect Cocktail Based on Your Star Sign! 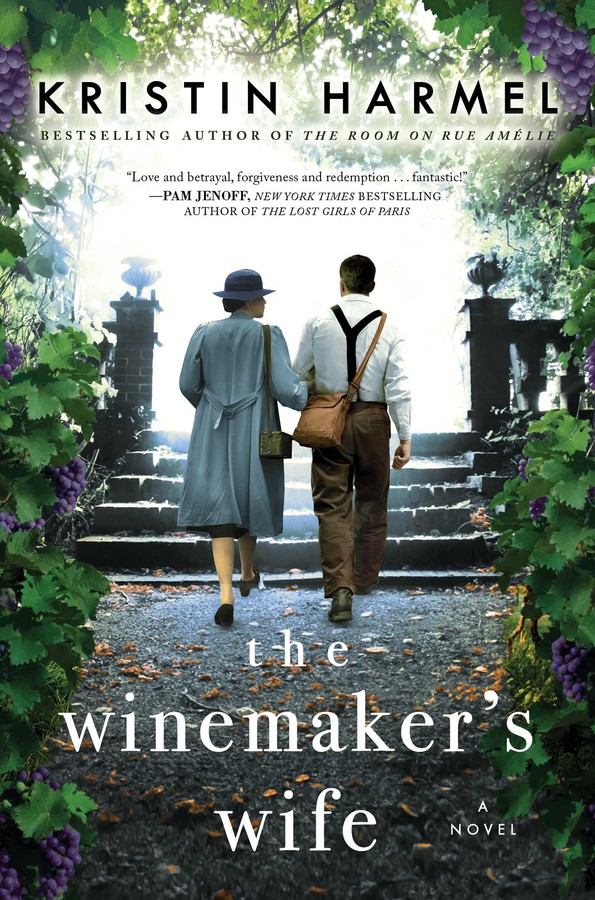 The Winemaker’s Wife
by Kristin Harmel

The author of the “engrossing” (People) international bestseller The Room on Rue Amélie returns with a moving story set amid the champagne vineyards of northern France during the darkest days of World War II, perfect for fans of Kristin Hannah’s The Nightingale.

Champagne, 1940: Inès has just married Michel, the owner of storied champagne house Maison Chauveau, when the Germans invade. As the danger mounts, Michel turns his back on his marriage to begin hiding munitions for the Résistance. Inès fears they’ll be exposed, but for Céline, half-Jewish wife of Chauveau’s chef de cave, the risk is even greater—rumors abound of Jews being shipped east to an unspeakable fate.

When Céline recklessly follows her heart in one desperate bid for happiness, and Inès makes a dangerous mistake with a Nazi collaborator, they risk the lives of those they love—and the champagne house that ties them together.

New York, 2019: Liv Kent has just lost everything when her eccentric French grandmother shows up unannounced, insisting on a trip to France. But the older woman has an ulterior motive—and a tragic, decades-old story to share. When past and present finally collide, Liv finds herself on a road to salvation that leads right to the caves of the Maison Chauveau.